From farm to theater: Millbrook Playhouse

Where can you go to be entertained, see history, and visit an old farm?

The Millbrook Playhouse in Clinton County, that’s where.

Millbrook Playhouse is at 258 Country Club Lane in Mill Hall, along the I-80 Frontier of the Pennsylvania Wilds. Each summer, Millbrook puts on a wonderful selection of professional stock plays and shows. It’s existed as a community theater for over half a century, but the building goes back much further than that.

The building is almost a hundred and seventy years old. But it didn’t start out as a theater. It began as a barn. 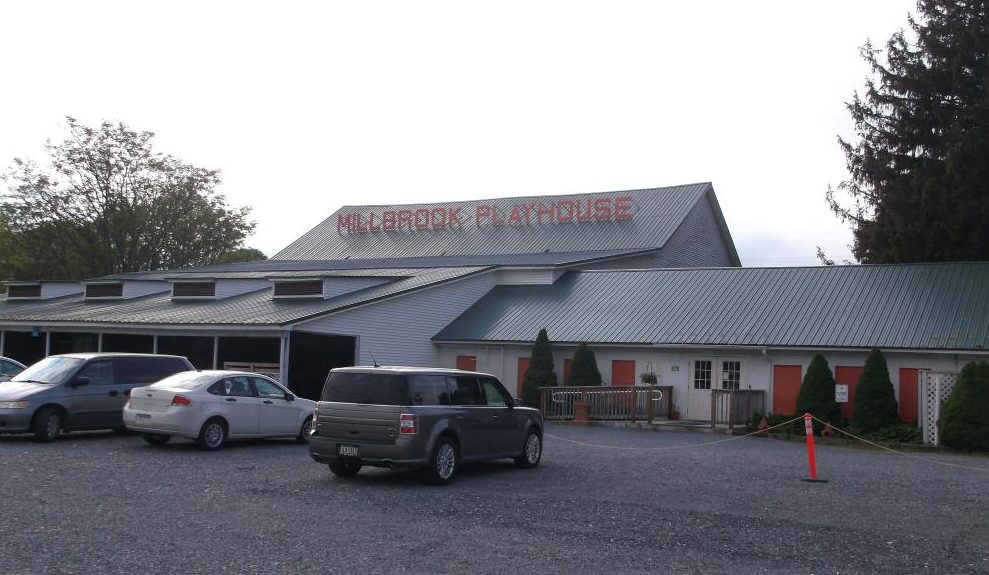 Pictured above: top, left to right, Millbrook Farm and an aerial view of the farm, courtesy of the Ross Library; bottom, Millbrook Playhouse today, provided by Lou Bernard.

It was built about 1850 for William Sanderson, a farmer in Bald Eagle Township. Much of the structure is still original, including a very neat stone tunnel that lies on the north side of the building. For about seventy years, Millbrook stayed the same, until local businessman Sedgewick Kistler purchased it in 1920 and made a few adjustments.

Kistler brought in Holstein cows, imported from Holland, and was known for having the first farm to involve genetic engineering of Holsteins. During this time, the farm thrived. It is said that during Prohibition, local bootlegger Prince Farrington stored his whiskey there. Just above the snack bar and to the right is a small door where he was said to have hidden his goods; he then sent his men around to the dairy farm to distribute “milk” to his customers.

Reinhold saw the potential in the old barn, and made the arrangements to form a community theater there. A board of directors was formed, and in October of 1962, the barn was leased to the players. They opened up for shows soon after. The property was finally paid off in October of 1990.

Ever since, Millbrook has been in business with shows every summer. The community has enjoyed some big names, including a performance by Kyle McLachlan, of Twin Peaks fame. (Or, if you’re a little younger, Portlandia.) McLachlan performed at Millbrook in the summer of 1980, and has always stated publicly that he has fond memories of the place.

Today, the artistic director of Millbrook Playhouse is David Leidholdt, who has held the position for six years. Leidholdt is excited about the upcoming summer.

“The season will be lots of fun; we have eight Millbrook premieres and something for everyone,” says Leidholdt. “A Year with Frog and Toad will thrill children and parents alike.  Mamma Mia will bring down the barn. Newsies is a powerful and surprising call to arms in this time of division, and Million Dollar Quartet is a love letter to Rock-and-roll.”

In addition to its main stage productions, Millbrook also offers shows in the more intimate setting of its Poorman Cabaret. “Variety is the key in the cabaret; Sexy Laundry is as flat-out funny as it is moving and human,” says Leidholdt. “A perfect balance to Ken Ludwig’s A Fox on the Fairway. And Gaslight will keep you on the edge of your seat.”

Shannon Agnew, Artistic Associate of Millbrook, agrees. Currently in her fourth summer season and her second as an official associate, she is excited about the upcoming summer performances.

“I am thrilled to be directing Mamma Mia; it’s such a fun and heartwarming story and collaborating with our technical team is always such a pleasure,” Agnew says. “And I am thrilled to be back performing in Every Brilliant Thing. It’s such a unique and important piece of theater. It deals with depression and mental health in a hilarious way, and I’m honored to perform and hopefully also start a dialogue with our audience about how we can all care for our heads and hearts more effectively, and maybe be a little gentler to ourselves and our community.”

Schedules and tickets are available here or by calling 570-748-8083. Whether you attend one show, or buy season tickets for the whole summer, this former farm in the I-80 Frontier of the Pennsylvania Wilds is sure to entertain you and give you a good time.

“Millbrook is an opportunity for theatrical professionals to truly explore and creatively thrive,” Agnew states. “And the quality of work and excitement surrounding that work is always magical to me.” 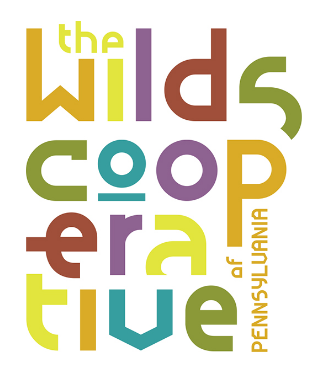 Visit the PA Wilds booth at the PA Farm Show!

‘Brews in the Barn’ at Millbrook slated for September 28