May 22 was International Day for Biological Diversity, and I was reminded of unique places on state forest land that are home to uncommon plant and animal species that add to Pennsylvania’s biodiversity.

The Bureau of Forestry has designated 60 natural areas to provide locations for scientific observation of natural systems, to protect examples of typical and unique plant and animal communities, and to protect outstanding examples of natural interest and beauty in Pennsylvania. 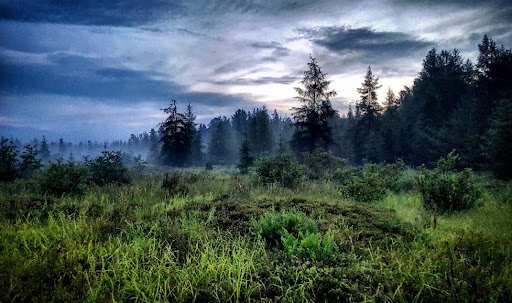 One such place is Tamarack Swamp Natural Area, part of Sproul State Forest in Clinton County. Tamarack Swamp is a complex mosaic of various plant communities that are considered peatlands. Peatlands are unique wetlands defined by the accumulation of organic matter under waterlogged conditions. They occur mostly in the northern half of Pennsylvania and provide habitat for northern-affiliated plants and communities. Because of their limited distribution, many of these species are state-listed species (PA-threatened or endangered).

Tamarack Swamp is one of the few examples of the black spruce – tamarack palustrine woodland community in Pennsylvania. Human disturbance from pipeline construction and drainage changes from roads and housing are slowly changing the community’s edges to the more common alder – sphagnum shrub swamp and cotton-grass poor fen plant communities. 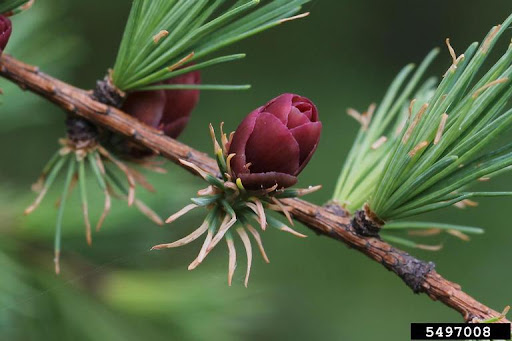 Study surveys conducted at Tamarack Swamp identified 13 bird species, 11 bryophytes, and 142 species of insects. The bird species indicate that Tamarack Swamp is an important area for PA’s priority peatland birds. Arctic moss, Calliergon giganteum, considered endangered in PA, is a common species in northern latitudes but is increasingly rare in the southern portions of its range where it is found only at high elevations.

Two of the 142 insects identified are moths with medium peatland affinity and three other uncommon moths are associated with pines of boggy wetlands and sandy habitats.

Importantly, there are many more biologically diverse areas on state forest land, providing habitat for unusual species that may not have been documented. There is much to learn!

A great source of information on high biodiversity areas are the county Natural Heritage Inventories compiled by the PNHP. Tamarack Swamp Natural Area and the surrounding areas offer significant biodiversity and are identified as Biological Diversity Areas in the Clinton County inventory. Learn more here: https://www.naturalheritage.state.pa.us/inventories.aspx

More information on state forest natural areas can be found in the State Forest Management Plan, starting on page 56.

Chris Firestone is a botanist with 27 years in the Bureau of Forestry, working to conserve native wild plants in Pennsylvania through policy, education, and management of habitat and invasive species. She lives in Potter County and enjoys gardening, foraging, hiking and camping.