“The story of the Phelps Mills Canoe Launch is a testament to the power of collaboration and the impact it can have providing recreational opportunities in our communities,” Dunn said. “Thank you to NPC, its volunteers, George and Shirley Durrwachter, and everyone who helped make this project a reality.”

The ceremony formally welcomed Phelps Mill Canoe Launch on Pine Creek under the Bureau of Forestry umbrella. The canoe launch has been a managed as a part of Tiadaghton State Forest since late 2019 when DCNR purchased the property.

DCNR partnered with NPC and began working acquire the canoe launch, also known as the Avis Canoe Launch, in early 2019 after its previous owner’s development plans fell through.

The land purchase was made possible by a $15,000 donation from the Durrwachters.

“Having this boat launch available to local residents will allow them to traverse the creek and the river to downtown Jersey Shore,” George Durrwachter said. “Creating recreational opportunities closer to where people live is important not only because of time constraints but it will also reduce congestion on the highways.”

George grew up nearby in Cammal and spent time swimming, fishing, and floating on Pine Creek.

He and Shirley recognized the recreational value at the Phelps Mill site and made the donation to ensure the public would continue to have access to the creek at that launch point. 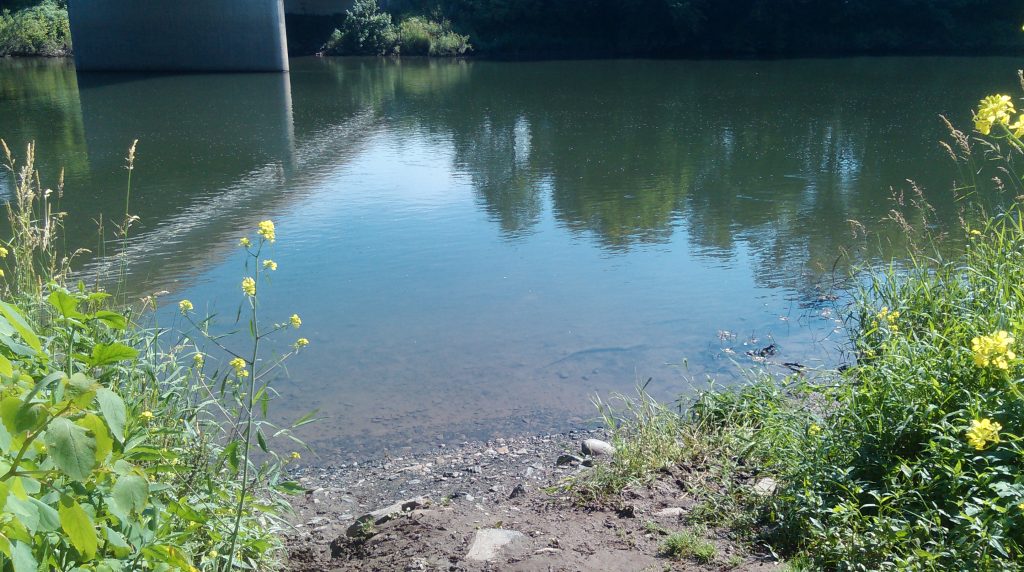 In addition to the donation from the Durrwachters to acquire the land, NPC secured grants and support from the Western Pennsylvania Canoe Access Fund and the Clinton County Tourism Fund to support improvements at the canoe launch.

The improvements were completed in August 2020 and helped stabilize the ground at the canoe launch, reduced its slope, improved the parking lot, and other critical upgrades.

“NPC is thankful for the Durrwachters donation as well as the support from the Western Pennsylvania Canoe Access Fund and the Clinton County Tourism fund,” NPC Executive Director Renee Carey said. “These investments and DCNR’s stewardship will ensure that the creek will remain open to the public for generations to come at this location.”

Read more about the canoe launchOpens In A New Window on NPC’s website. Find out more information about the Tiadaghton State Forest on the DCNR website.