February is Black History Month. I wanted to write something to commemorate it, but not just anything. I wanted it to be something notable, something phenomenal, celebrating Black history in the Pennsylvania Wilds.

So what if I told you I was writing about the first female African-American novelist?

And what if I told you she was from the Pennsylvania Wilds?

The I-80 Frontier, specifically. Her name was Julia C. Collins.

There’s a lot that’s unknown about Julia, but that’s not going to stop me from stretching this into a six-hundred-word article anyway. She may have been born Julia Greene about 1842, though that is uncertain. She was a schoolteacher, and married to a man named Stephen Collins, a barber and Civil War soldier.

She was from Williamsport, where a state historical marker was placed in 2010 to remember her. It’s near the Market Street Bridge. Mary Sieminski, retired librarian and project manager for the Lycoming County Women’s History Collection, has made an effort to find out more about her.

“The most promising theory so far is that she was the stepdaughter of Enoch Gilchrist,” Sieminski wrote in a 2011 article. “This places her in a very active and educated family. The Gilchrist family was active in the local African American Episcopal Church, in politics, and in the fight to gain legal rights for blacks.”

Julia’s book is called “The Curse of Caste, or The Slave Bride.” The plot involves a Civil War-era slave woman who falls in love with the son of her owner, escapes, and has a child who never knows her father. Originally, it was published serially, much the way Stephen King’s “The Green Mile” started out. It began in eight segments published in a church-based newspaper in 1865. 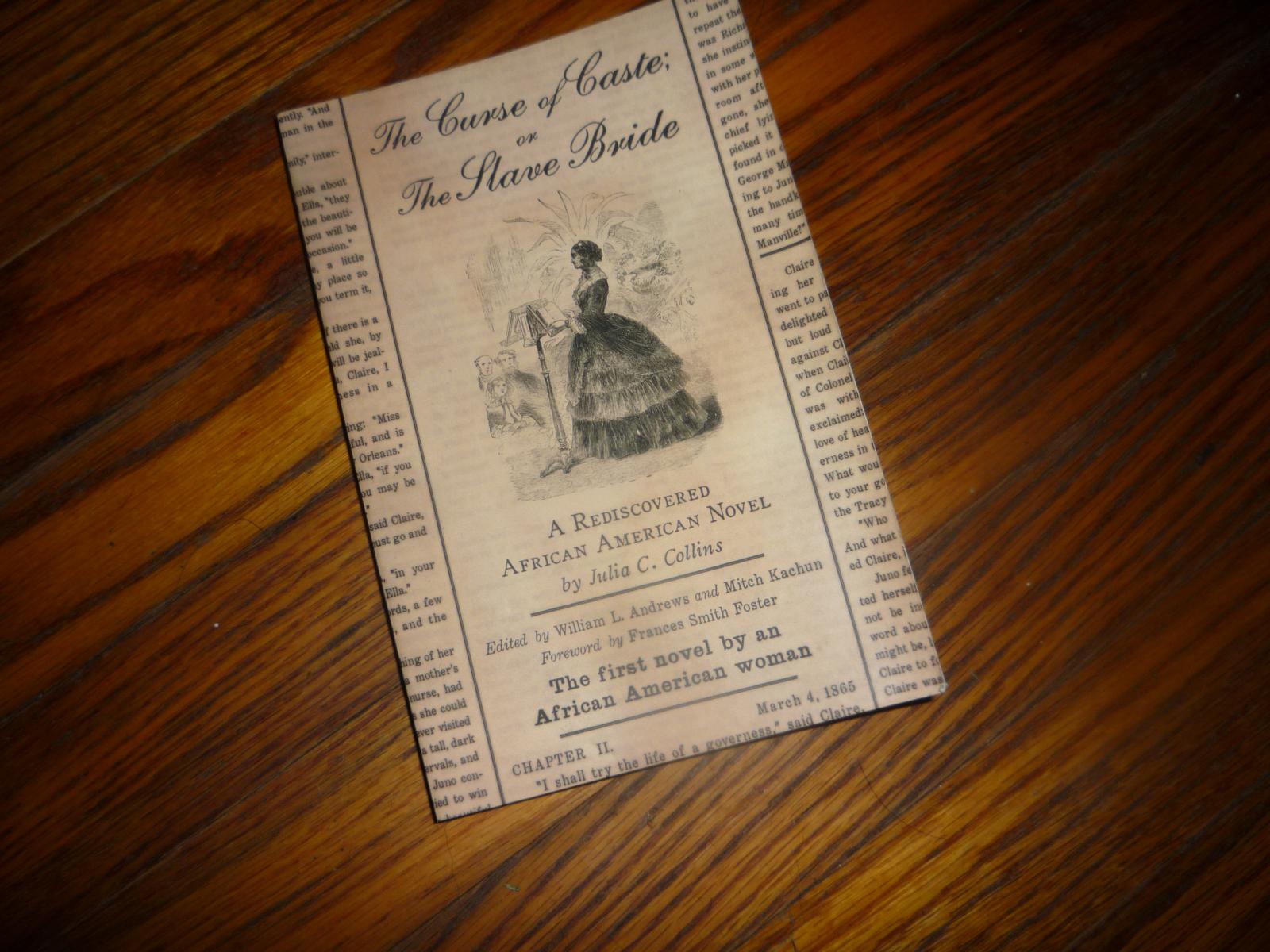 The historical marker reads,” Essayist, teacher, and author, her work, The Curse of Caste, is considered to be among the first published novels by an African American woman. In 1865, it was serialized in the African Methodist Episcopal Christian Recorder, a publication with nationwide circulation. Her life and writings provide a glimpse into the rarely documented experiences of nineteenth-century African American women, their families, and their communities.”

Afterward, the story was largely forgotten. History professor Mitch Kachun discovered it in microfilm archives years later. He gathered the pieces and published them together in one novel, arguing that it constituted the first novel by a female, African-American author. Other, earlier works were considered to be more autobiographical, while Collins’s book was entirely fictional.

So how does the story end? Nobody has any idea. Nobody knew except for Julia, who died on November 25, 1865, before finishing the final chapter. Interestingly, she only joined the African Methodist Episcopal Church on her deathbed, meaning that she published in their newsletter simply to get her story out.

Another mystery surrounding Julia is her gravesite. Nobody knows where she is buried, though one of the old Lycoming County cemeteries is the best guess. No records exist that give any indication where her grave lies; if she ever had a headstone, it no longer exists or is no longer readable. It appears likely that she is buried in Wildwood Cemetery, though that has not been proven.

Julia is a fascinating piece of Pennsylvania Wilds history, one that most people aren’t aware of. And even though there’s a lot we don’t know, the mystery adds to the story, making Julia Collins worth learning about.