If you’re going caroling during the holiday season this year, you might wind up singing that song. Also make sure to wear a mask and stay six feet away from everyone else, but hopefully you know that by now. And, if you happen to live in the Pennsylvania Wilds, you should know that the carol “We Three Kings” was written by a man who lived right on the border of the I-80 Frontier and Pine Creek Valley and the PA Grand Canyon.

The Reverend John Henry Hopkins was born in Pittsburgh on October 28, 1820, one of eight sons to a highly successful attorney. After a college education, he worked as a journalist until 1850, and then attended a seminary and became a deacon. In addition to writing the carol “We Three Kings,” he spent a record amount of time working in a church in Williamsport.

In 1857, Hopkins was working at Trinity Church in New York City. It was during this time that he sat down and wrote the lyrics to “We Three Kings.” The song wasn’t well-known at first, mostly sung by the Hopkins family. Prevailing opinion says that Hopkins wrote the song for family. His family performed a Christmas pageant every year, with three of his nephews as the kings.

The song increased sharply in popularity after the publication of Hopkins’s book “Carols, Hymns, and Songs,” which was published in 1863. Originally titled “Three Kings Of Orient,” the song is the first famous Christmas carol composed in America. Though the other songs in the book are largely forgotten, “We Three Kings” remains immensely popular to this day, a century and a half later. 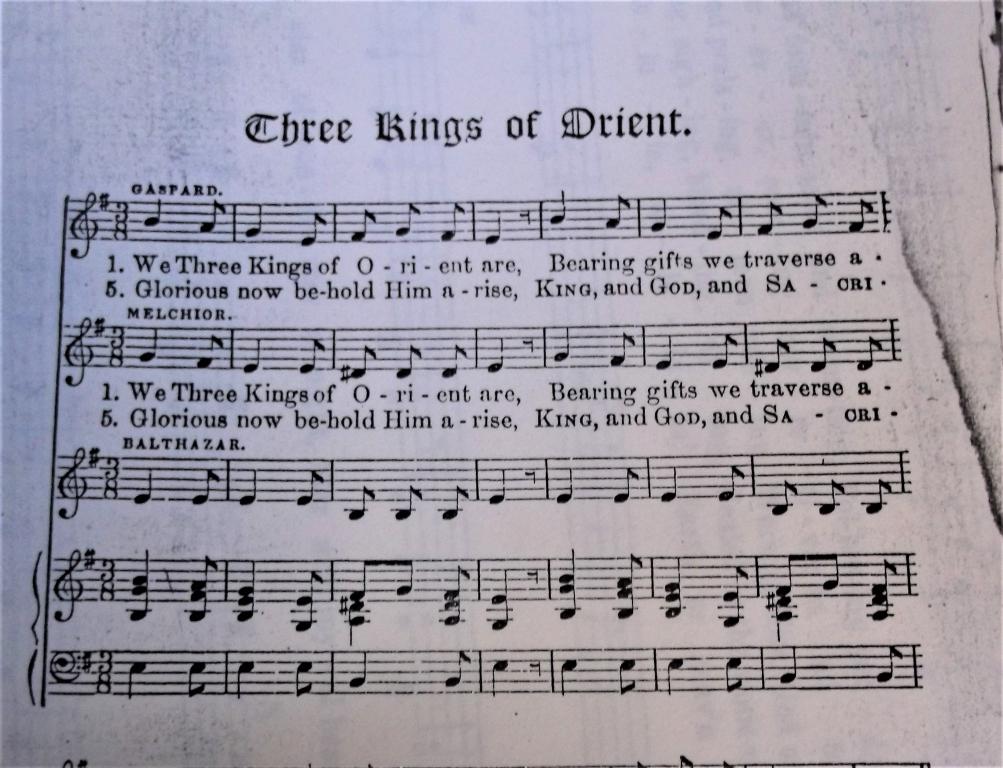 Hopkins served in Plattsburg, New York from 1872 to 1876, and then came to Williamsport, Pennsylvania, and served at Christ Church from 1876 to 1887. This makes him the longest-lasting rector at the oldest remaining church in Williamsport.

Christ Church still stands today at 426 Mulberry Street, and shows much of the influence of Hopkins’s time there. The church was built in 1869, and the first service took place on Christmas Eve. Hopkins arrived only a few years after that, and had it paid off ten years after it was built and three years into his term there. He designed several pieces of furniture, several artifacts that are still in possession of the church, and some of the iron tombs in the nearby Wildwood Cemetery. A plaque bearing his name still hangs in the church well over a century later to demonstrate his accomplishments.

Hopkins was still living in Williamsport when he was called to deliver the eulogy at the funeral of President Ulysses S. Grant in 1885.

Hopkins left Williamsport in 1887, moving to Hudson, New York. He passed away there in 1891, and was buried next to his father in Vermont. A biography of Hopkins was written by his nephew, Charles Filkins Sweet, entitled “A Champion of the Cross, Being the Life of John Henry Hopkins, S.T.D.” 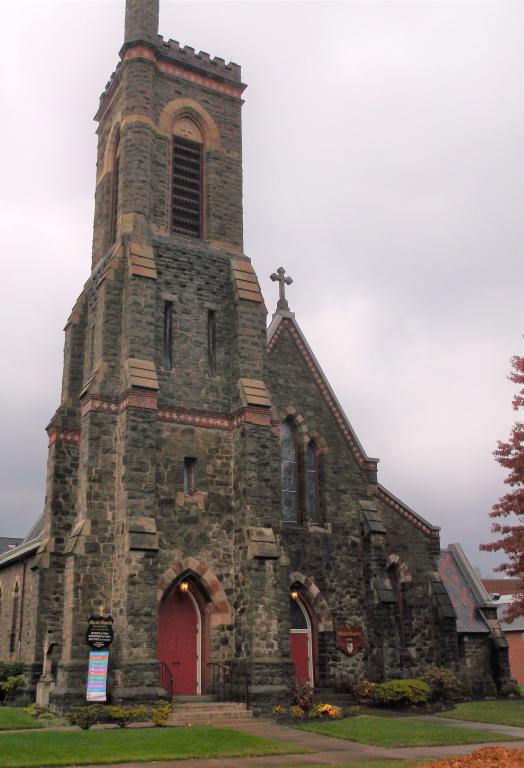 And as you hear that song, remember that it has a connection to the Pennsylvania Wilds, too. It was written by a man who was very influential in Lycoming County.

“Oh, star of wonder, star of night….Star with royal beauty bright….Westward leading, still proceeding….Guide us to that perfect light.”

Wellsboro: The Town That Saved Christmas