Birds seem to be all around us. We don’t really understand how hard it is for birds to navigate their world, or how much human activity has made this navigation more difficult. Like people, birds are very susceptible to the effects of pollution in their environment.

There are many kinds of pollution, and most people are keenly aware of one form or another. It’s not uncommon now to hear about some city’s contaminated drinking water on the evening news, or an oil spill somewhere. The effects of pollution on humans, the environment, and other animals and plants have been extensively studied, and has resulted in many federal and state laws regulating the activities creating pollution. Basic improvements such as sewage and industrial waste treatment or the control of smog have been in place for many years, while continuing research has revealed the need for even finer controls on a wider set of human activities.

Photo: The osprey, which nearly went extinct from the effects of the pesticide DDT. Larry Stamm/Audubon Photography Awards 2017 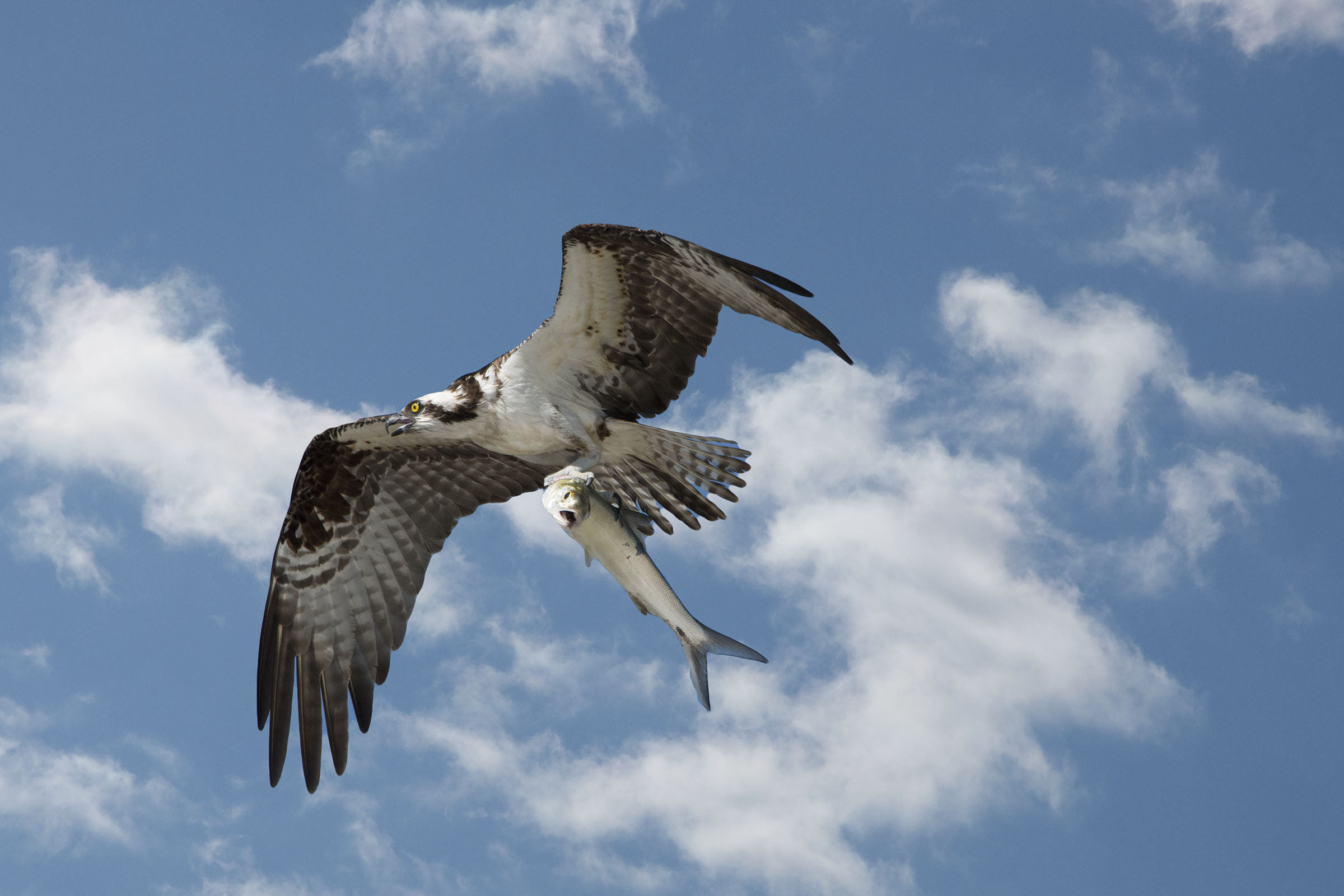 Tiny amounts of some pollutants can have devastating long-term effects. Pesticides are meant to kill living things and do so in a variety of ways that affect the metabolic process. Small amounts can be quickly lethal, while incredibly small amounts can still cause cancers, nervous system disruptions, and breathing problems.

The many forms of pollution have impacts on birds. Common pollutants such as sulfur dioxide, nitrogen oxides or fine particulate matter have a greater impact on birds due to their more rapid respiration rate. In an extreme case in 1986, Mexico City’s air pollution levels were so severe that various news sources reported birds falling from the sky. A bird’s long-term exposure can lead to inflammation, ruptured blood vessels, and lung failure. The pollutants emitted by gasoline burning vehicles in urban environs may cause reduced egg production and hatching, increased clutch or brood abandonment, and reduced growth in birds.

Streams and lakes that show few direct effects of pollutants may be habitat for invertebrates and fish that ingest small amounts of toxins. In a process known as bioaccumulation, these toxins build up in the tissues of the animals. When birds consume enough of the invertebrates or fish that have accumulated these toxins, the birds may suffer directly or be unable to reproduce successfully. Such was the case for DDT (banned in 1972) accumulating in predatory birds, causing their eggs to crack easily, as documented in Rachel Carson’s Silent Spring. Iconic birds, like the bald eagle, osprey and peregrine falcon, were pulled back from the brink of extinction after DDT was outlawed. 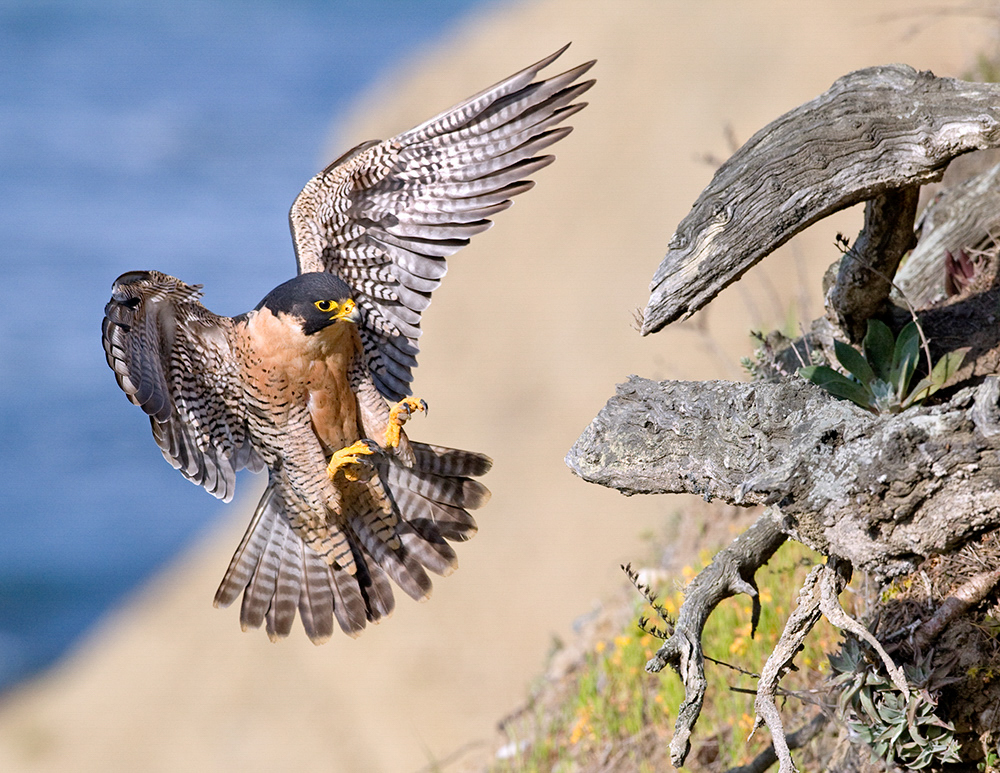 The same sort of bioaccumulation can occur where the land has been contaminated with pollutants. Small grubs, insects or worms may not be affected, but the birds consuming them may suffer.

Most people don’t consider the problem of light pollution. In addition to disrupting circadian rhythms, excessive artificial light at night can also disorient birds during migration. Most songbirds migrate at night, and light pollution can confuse them. Bright lights on large buildings attract birds in the same way that bright porch lights attract moths, causing fatal collisions. A recent study estimates that between 100 million and one billion birds are killed in the United States each year as a result of collisions with buildings.

Photo: A variety of songbirds, including thrushes, warblers and woodcocks, killed by window strikes in Philadelphia. Luke Franke/Audubon Lights-Out-Philly 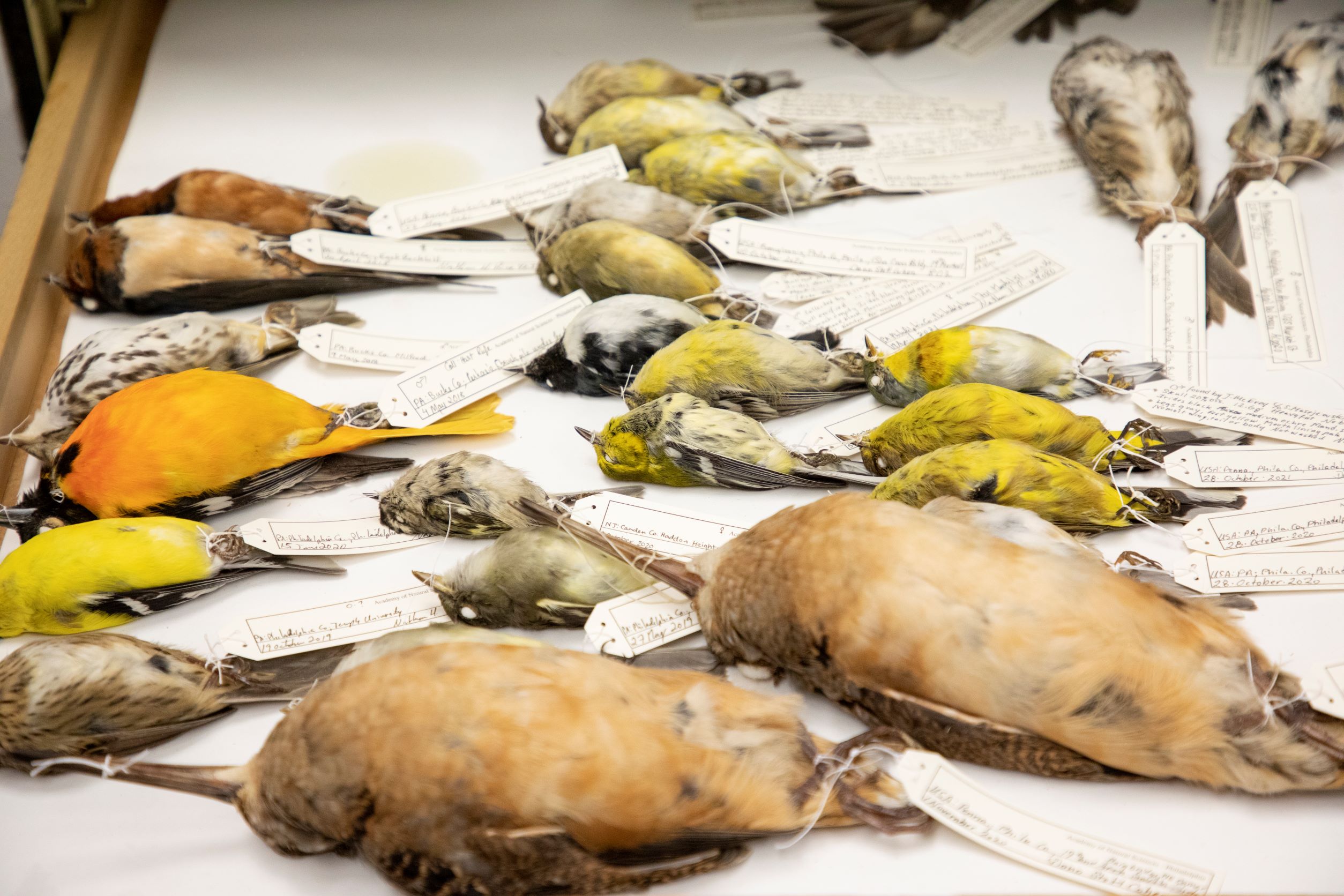 Carbon dioxide, which had been present in the atmosphere at concentrations less than 0.3 % for centuries, is now at 0.42 %. Though just a fraction of the air around us, it and other pollutants act as an insulating blanket, holding in the heat. These “greenhouse gases” contribute to global warming which creates climate change. Extreme weather, including prolonged drought, intense unseasonable hurricanes, dry conditions resulting in wildfires, or torrential rains, affect everything, including the birds we love.

Most scientists and environmental advocates believe there is yet time to avoid the worst impacts of climate change, but governments, corporations, and individuals need to work together to develop and implement a decisive plan. Whether for birds or for future generations, one thing is clear – if humanity does not address climate change, and soon, nothing else matters.

Dan Alters holds a master’s degree in environmental science and was an environmental regulator for 35 years. He is a former president of Lycoming Audubon Society and lives in Bellefonte.