Benchmarks across the PA Wilds

Let’s say you’re visiting the Pennsylvania Wilds. It doesn’t matter where; pick your favorite community. You’re walking somewhere–into a public building, along a sidewalk. And you look down and see a small, metal disc embedded in the sidewalk. It has numbers on it, and lettering that says “U.S. GEOLOGICAL SURVEY.”

You’ve just discovered a government benchmark, part of a nationwide government program that most people aren’t aware of.

The National Oceanographic and Atmospheric Administration maintains 240,000 of these across the country. Most of the benchmarks, but not all, are metal discs. Some are small markings carved in stone. All of them tie into a largely unknown monument in Washington, DC, the central point for this survey.

And, if you’re interested, you can view hundreds of them across the PA Wilds.

In the I-80 Frontier Landscape, in Lock Haven, there’s a metal disc embedded in the steps to the local post office. About a block away, there’s a small rectangle carved at the bottom of the Civil War monument. Most people walk right past both without ever noticing them.

Up in the Pine Creek Valley and the PA Grand Canyon Landscape, there’s a park in Wellsboro. If you’ve been there, you know it. It’s the park with the fountain called Wynken, Blynken, and Nod. Right there in that park is a metal disc, on the south end.

In the Dark Skies Landscape, up in Coudersport, there’s one at the Potter County Courthouse. It’s on a stone memorial to David Zeisberger, and right across from the Elliot Ness Museum. Right around the corner, there’s another one set in a concrete basin, near the corner of North West and Third Streets. 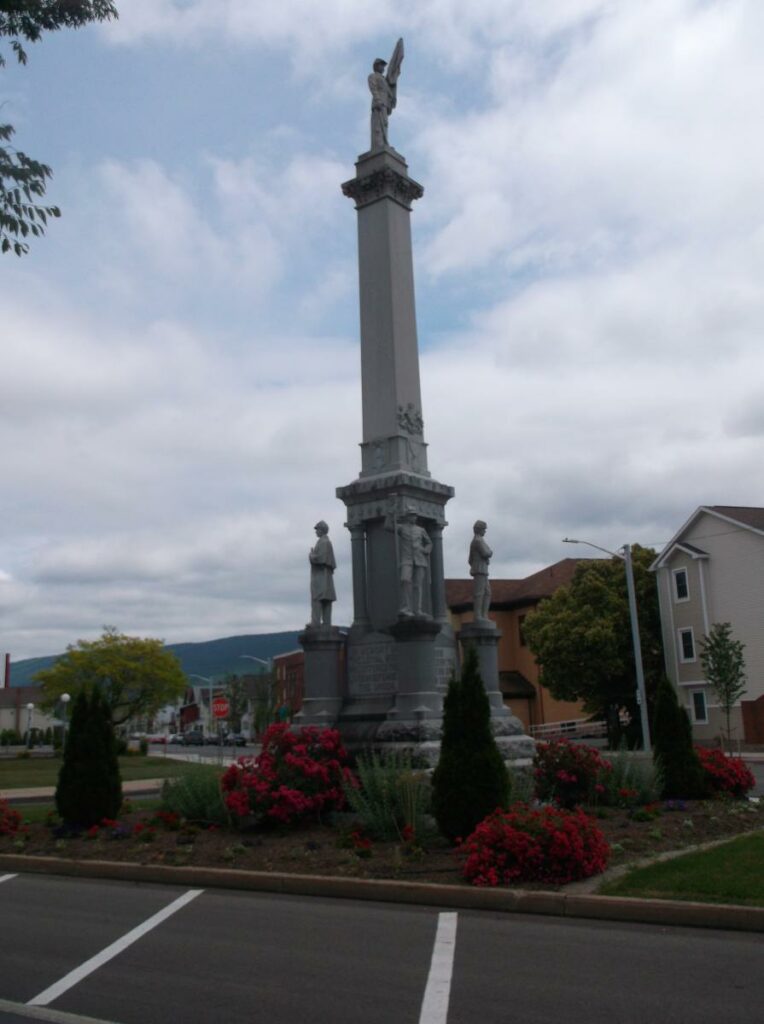 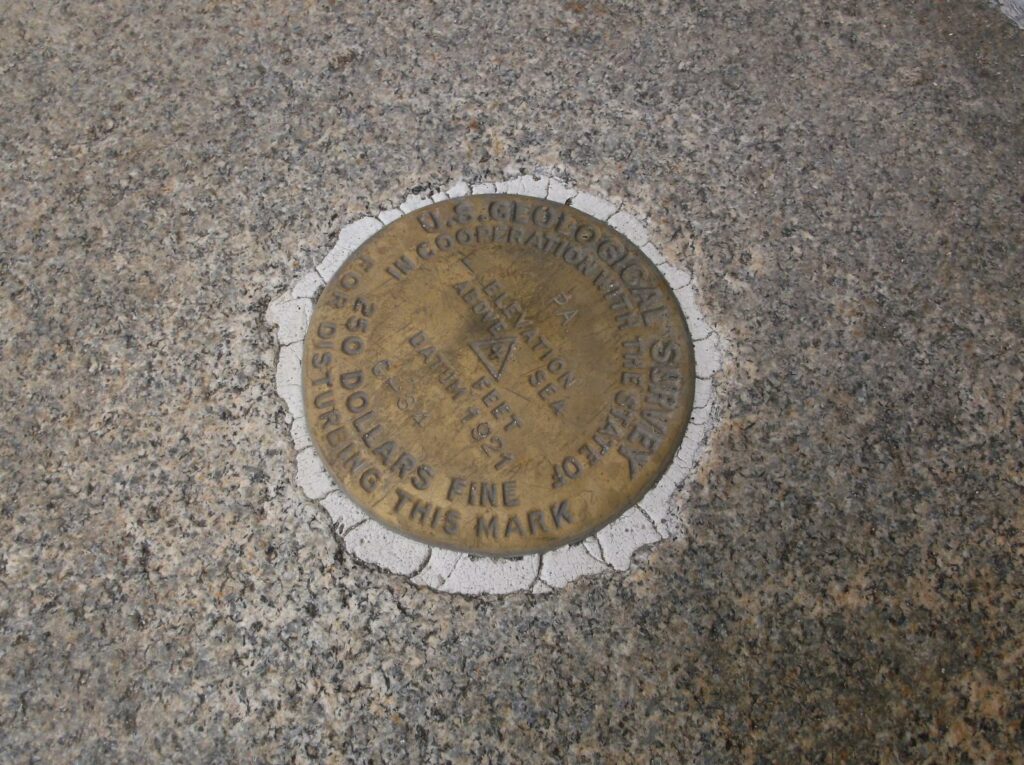 In the Elk Country Landscape, the Elk County Bank And Trust has one on a window well on the west side of the building. There are two in the park across the street. And sometimes, NOAA uses landmarks that are already there as benchmarks. The cross on top of Saint Marys Church is used as a benchmark.

Over in the Allegheny National Forest and Surrounds Landscape, look down at the steps if you’re at the Warren Courthouse. On the second step from the bottom, there’s a metal disc.

And in the Cook Forest and the Ancients Landscape, there’s one along Route 322 just as you get to the Clarion River. On the other side of the bridge, there’s another one embedded in the foundation.

Each one of these records latitude, longitude, and elevation, and they are used for surveying properties. Each has a datasheet recorded, with all of the information on it. And all of them are geographically measured from Benchmark A, the central point of the entire survey.

Benchmark A is in Washington, DC. If you go to the Washington Monument, walk due south to where the paths form a triangle, and look down; you’ll see a small well covered by a manhole. If you try to pry up the manhole, you’ll immediately be tackled by security, so don’t do that. But if you were able to look inside, you’d see a twelve-foot mini-Washington Monument buried inside the well.

This is known as Benchmark A, and it’s the point where all the geodetic measurements are taken from, including the ones in the PA Wilds. The government has made it easy to discover these markers. There’s an easily navigable map online at the National Geodetic Survey Data Explorer for those who are interested in a little adventure.

These things are everywhere. Suddenly being aware of them is a little like discovering a whole new world that you never knew about before. So the next time you’re in the Pennsylvania Wilds, take a look. You may spot some of these.

Benchmarks across the PA Wilds

Landscapes of the Pennsylvania Wilds