The anniversary of Clinton County

Every community has a beginning. People don’t think about it, but each city and county has a starting date and an origin story. The thirteen counties in the Pennsylvania Wilds were founded between 1795 and 1863. Potter Tioga, McKean, Clearfield, and Jefferson were all founded in 1804. Lycoming was founded in 1795, and Centre County in 1800. And then, on June 21, 1839, parts of Lycoming and Centre were combined to make Clinton County.

It was a hundred and eighty years ago when founder Jeremiah Church managed to create the county of Clinton. He had already founded the city of Lock Haven, which was six years old by then. Church, who was never exactly your typical stern businessman, had begun Lock Haven on November 4, 1833, and immediately wanted to create a county with Lock Haven as the county seat. His reasoning was that he wanted the courthouse next door to his own home, so he could sue his neighbors anytime he wanted.

Church’s initial idea was to take part of Centre and part of Lycoming, and combine them into a county called Eagle County. Twice a year, he campaigned with the state legislature, who turned him down. They didn’t take Jerry Church seriously, and it’s not exactly hard to see why. The man was thrown out of school at age thirteen for trying to kiss the teacher, and insisted on building a tree house so he could play the violin for his neighbors in it.

(Image of Jerry Church at right provided by the Annie Halenbake Ross Library.) 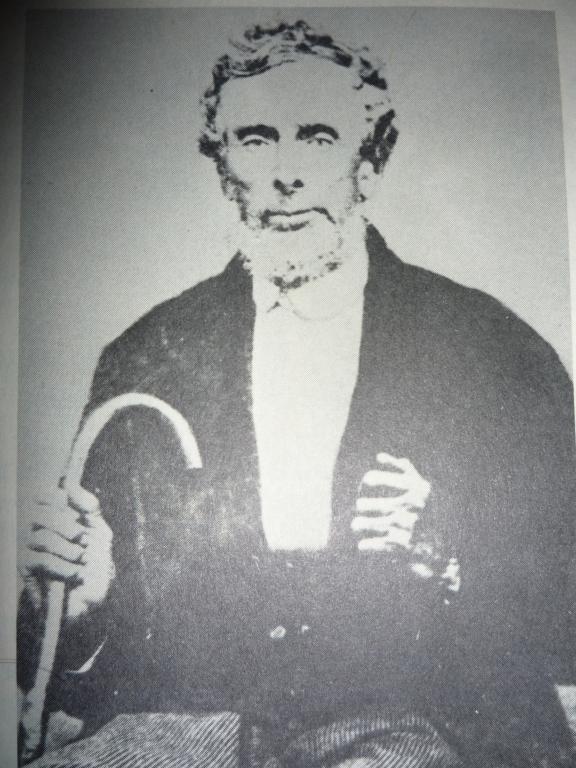 Jerry Church, however, was not one to give up easily. After six years, he asked his friend John Moorhead to go with him and do the talking. Moorhead was one of those people who was liked, but not popular. In his life, he ran for office several times without winning, and had several of his ideas turned down. He did manage to convince the state legislature, however, to take pieces of Center and Lycoming Counties, and make a new county to be named after New York Governor Dewitt Clinton. They voted it through without realizing that it was essentially the same plan they’d rejected for six years.

A county needs a county seat. Moorhead campaigned for Dunnstown, on the basis that it was the oldest community in the county, but Jerry Church wanted Lock Haven, and won out. The newly-elected commissioners chose Lock Haven.

A county also needs a courthouse. Clinton’s was a while in the making. The first courthouse was held in Barker’s Tavern, a small tavern on East Water Street. The county rented everything but the tavern portion for government offices. On the first floor was the courtroom, and upstairs was one office for the commissioners, and another for the Register and Recorder, Prothonotary, and Clerk of Courts. This may sound crowded, but initially, all of those jobs were done by one guy. Philip Krebs took on the job of being most of the county government, running things for the first few years.

The first county sheriff, John Miller, refused an office in the courthouse. He claimed he could do the job just as easily by using his hat. Miller had a bell-crown sort of top hat, and every few days, would drop by Krebs’s office to pick up warrants and tuck them into the brim. Then he would leave, serving the warrants, and be back a few days later.

Moorhead, seeing the need for a permanent courthouse, built one and offered it to the commissioners for free. The commissioners turned him down, choosing instead to have a new one built on land that Jerry Church had donated in between East Church and Bald Eagle Streets. And then they hired Moorhead to build the new one, known as the Jerry Church Courthouse. That lasted into the 1860s, and then fell into disrepair. A new courthouse was completed in 1867 in the present location, at the corner of Jay and Water Streets (pictured at right). The Jerry Church courthouse became a school, and the rejected Moorhead building was used as a hotel.

This began a long and fascinating history for one PA Wilds county. June 21, 1839. A hundred and eighty years ago. Clinton County’s beginning. 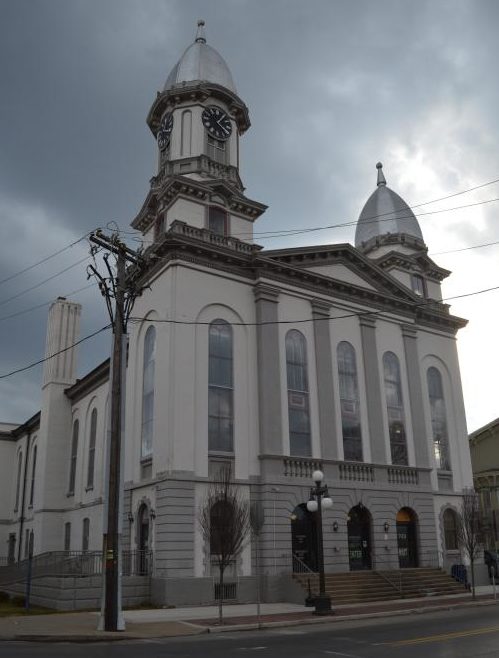 Women of the Pennsylvania Wilds