I hadn’t intended to go to Tionesta. I’d never even thought about it, actually. But recently, when I got home from a camping trip and found an email requesting my presence, I decided to make it a little family trip. The locals were short a guest speaker for their annual “Things That Go Bump In The Forest” festival, and I was asked to fill in.

When my family and I went up, I discovered that I love Tionesta. This community has a lot going for it.

Tionesta is the county seat of Forest County. Originally, that was in Marienville when the county was founded in 1848. In 1866, a resolution was passed moving the county seat to Tionesta, but many of the citizens disagreed. This caused some controversy until a few citizens took a wagon to the old courthouse in the dead of night, packed up all the files, and moved the courthouse to Tionesta without asking anyone.

That’s right: They stole the courthouse. 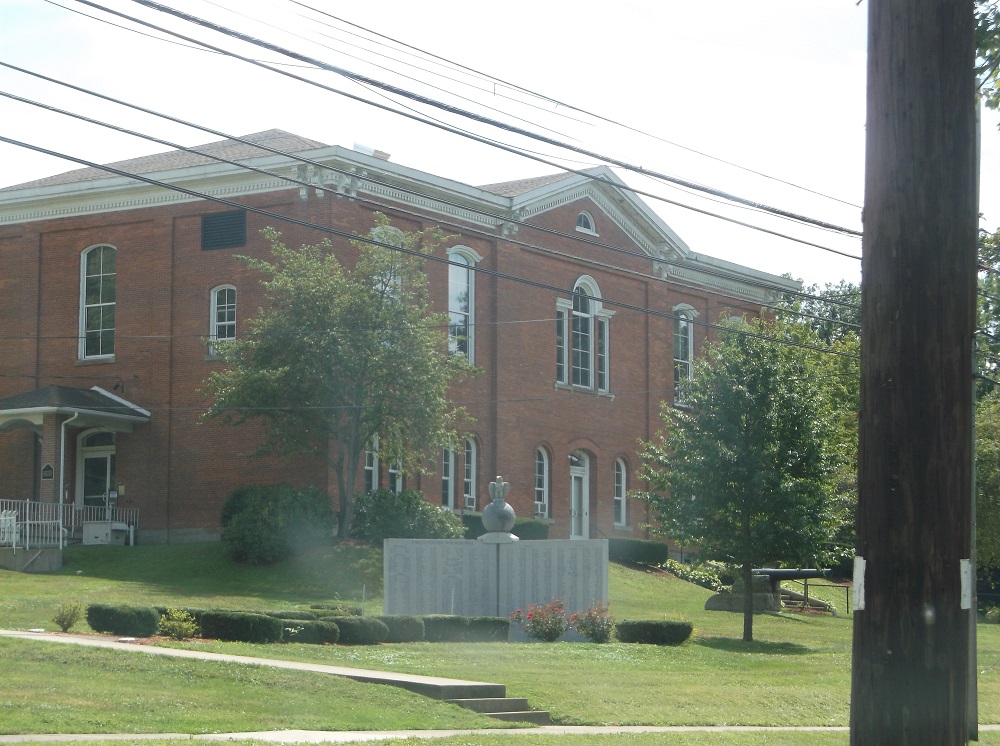 Tionesta lies on the very northern edge of the Cook Forest and the Ancients landscape. It’s so far to the north, in fact, that the Pennsylvania Wilds Outdoor Discovery Atlas seems to place it in two different landscapes. If you look at the map on page 45, it’s in Cook Forest and the Ancients, right on the edge. But if you turn to page 39, there it is in Allegheny National Forest and Surrounds. I kind of like that, and I am hereby granting Tionesta dual citizenship.

The first thing I saw in Tionesta was the Sarah Stewart Bovard Memorial Library on Elm Street. And also a cemetery. Both at once.

The library is built on an old property that once had a cemetery on it, and it was created on the condition that the cemetery never be disturbed. So the library has a small cemetery with about a dozen graves surrounding it on two sides, which I think is excessively cool. 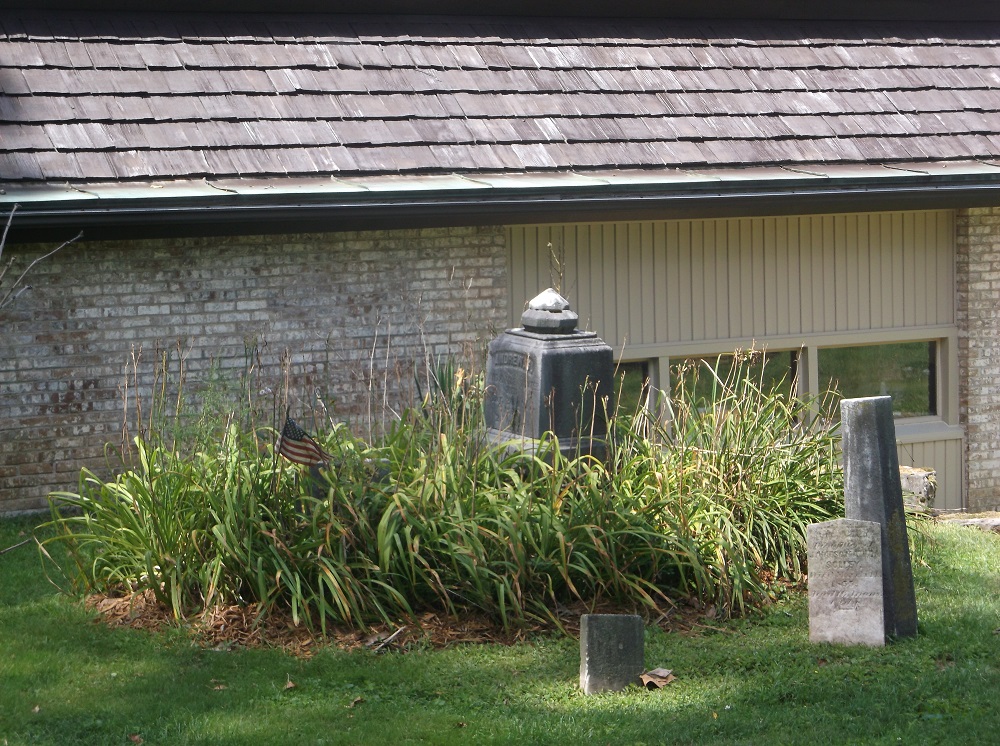 Another very cool thing that you can miss is the Sherman Memorial Lighthouse.

You don’t expect to see a lighthouse on the Allegheny River, which historically has had no real need for one. The Sherman Memorial Lighthouse is seventy-five feet tall, which makes it the tallest lighthouse in Pennsylvania. (Not that there’s a lot of competition.) Jack Sherman, in 2004, had the lighthouse built as a memorial to his family.

It stands on Lighthouse Island, which also holds the local Peace Park, a pleasant park in which you can take a walk and see a replica of the Statue of Liberty.

In fact, you can easily spot the Statue of Liberty replica as you drive into Tionesta along Route 36. My family and I saw it, and wondered how to get closer, before we realized that it was on the same island where we already were. 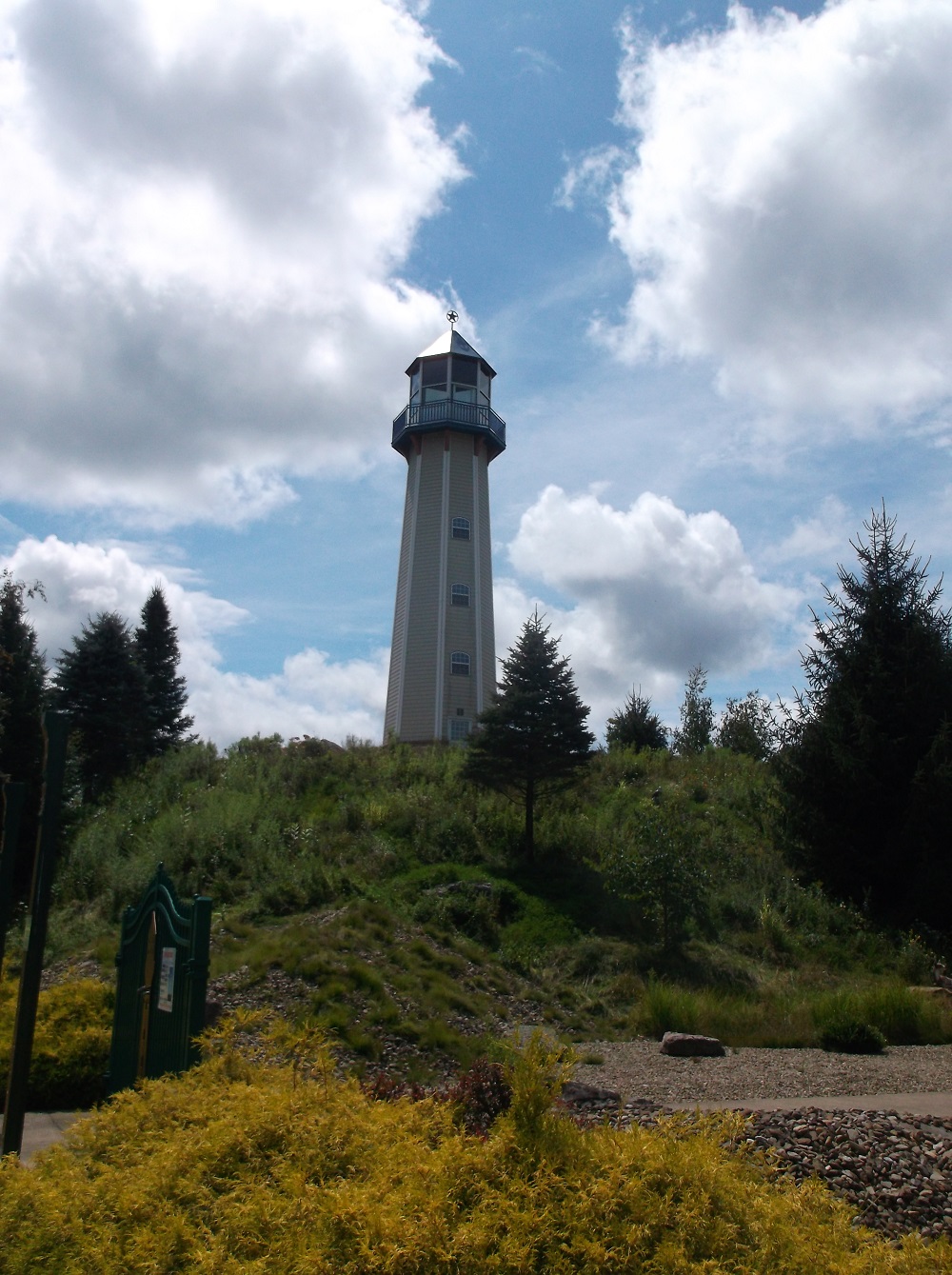 While I gave my talk at the festival, my wife and son explored the Tionesta Market Village, a cute little shopping spot right along Elm Street. (In Tionesta, there’s a lot that’s along Elm Street.) At one point in Tionesta’s history, the lot was destroyed by fire, and the locals responded by creating a little Victorian marketplace on the site. There are all kinds of refreshments and souvenirs for sale there, and Michelle and Paul brought me back a Bigfoot mask. (The folks of Tionesta are really into Bigfoot.)

We were only in Tionesta for the afternoon, but it’s no exaggeration to say that I fell in love with the place. Tionesta is a really neat community, and I hope I’m invited back next year. I’d go back in a minute.