Sundays are slow. Let’s face it. In my family, nobody’s working on Sundays. There’s only just so much TV I can watch, and by Sunday I’m usually caught up on my writing. I could do some chores around the house, except if I was really all that thrilled to be doing chores, I’d have done them already.

That’s why, back in early September, when my wife suggested we take a little day trip and find someplace good to go on a Sunday, I promised to come up with an idea. I suggested Ole Bull State Park, which would be the first time I’d been there in 10 years and the first time my wife and son had been there ever.

Ole Bull State Park is in Potter County, up in Dark Skies landscape of the PA Wilds. My wife, Michelle, loved the idea. So did Paul, our now 6-year-old son. I explained to him that there are ruins from a castle there, with a short but very steep hike.

On the drive up — about an hour from our home in Lock Haven — I explained in kid-friendly terms the history of Ole Bull.

“There was this famous musician a long time ago, and he wanted to create some towns,” I called to the back of the Prius. I am, of course, competing with his tablet. “But the guy who was selling him the property ripped him off and took his money. So Ole Bull, the musician, played his violin near his castle, then threw it off the cliff and walked away. Now it’s a state park.”

“Taking his money? I agree. But the park is named after him, so that part is cool. Oh, and some people say it’s haunted. They say you can hear the violin music.”

The park was as nice as I remembered it. There weren’t too many people on a Sunday afternoon, which was good, because when you’re entertaining yourself in a pandemic you don’t want tons and tons of people. We sat down and ate at a picnic table, then walked across the bridge and hung a left at the Ole Bull monument, walking up the Castle Vista Trail. 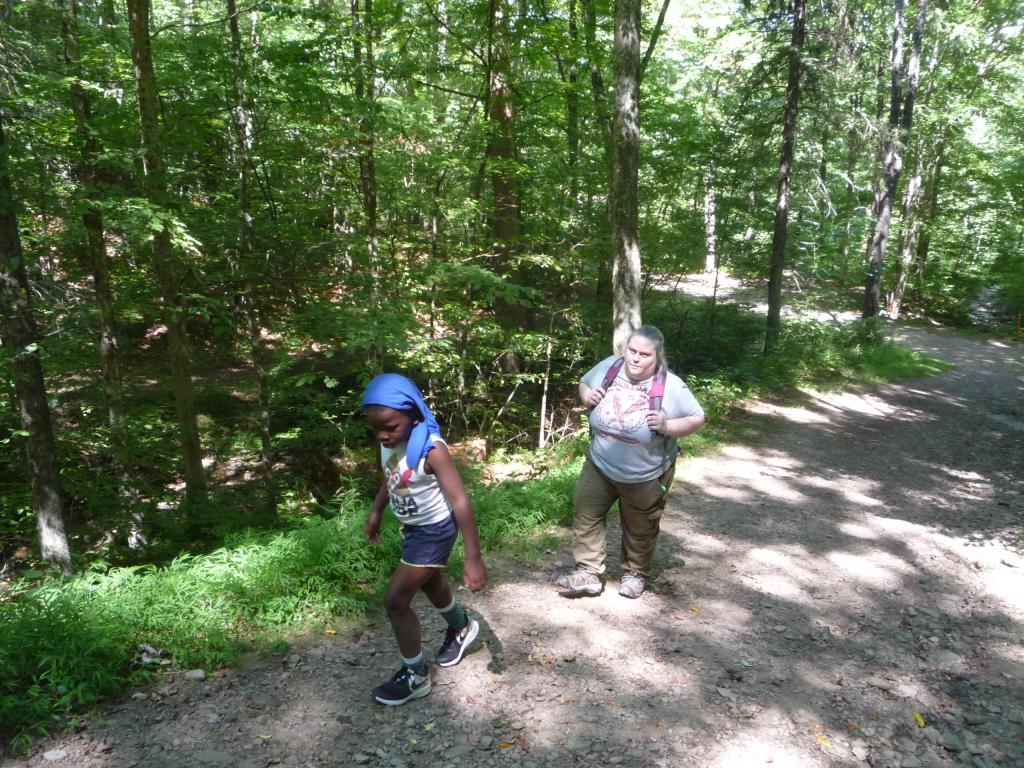 It’s steep. I’ll warn you right now. If what you want to see is the castle site, it’s not a long trip, but it’s steep. There’s a small trail that branches off from the main path midway up, and it’s a shortcut, but much steeper. Paul and I took the hard way, and Michelle took the not quite as hard way.

At the top, we met a trio of women hikers, two from Philadelphia and one from England. This led to an explanation, for Paul, of how Harry Potter was from England, and then a lengthy discussion about which Hogwarts house we’re all in. (I think I’m Ravenclaw, but my friends all insist I’m Gryffindor.) One of them, Andrea, is a professional photographer, and offered to take our picture. 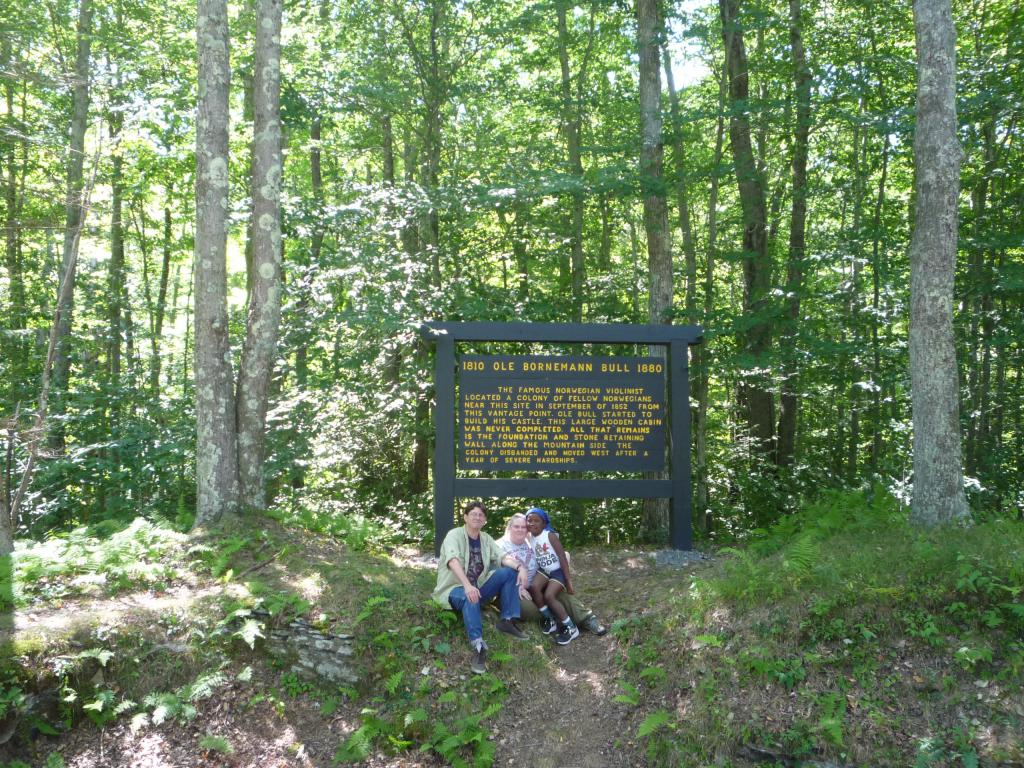 “I’m a freelance writer,” I said. “Would you mind if I used these photos in an article?”

We spent a little time up on the vista, and then walked back down. It’s easier downhill, unless you trip, and then it’s faster but more painful. We got back down to the monument, where Kettle Creek runs past under two bridges.

We walked down to the little sandy beach nearby, mostly deserted, and we let Paul splash around in the water. At age 6, he is already more comfortable in the water than I’ve ever been. Michelle and I sat on the shore and watched him play, and work out all that extra energy he somehow still has.

Not bad for a Sunday. A little adventure and a hike, and it kept us busy all day. I have to think Ole Bull would have approved.